Over the last few years Widzew Łódź is breaking all records when it comes to ticket sales or attendance at games at its stadium. After returning to PKO BP Ekstraklasa, the club can boast a new ticketing system implemented by Stellis, the new Technology Partner of Widzew.

Widzew has been breaking records in the sale of annual passes since 2017. Widzew also established a current polish record (16,401 passes sold), and since the opening of the new stadium, the number of annual passes sold has not dropped below 15,000. Thousands of passes sold, huge interest in tickets, as well as the permanent possibility for the pass holder to release his seat to other fans, were the impulse to implement a new ticketing system together with a new Technology Partner, Stellis.

Stellis faced a difficult task because managing such a huge fan base is a responsible and demanding technological challenge. However, we found a solution using ower own Stellis One Ticketing platform, thanks to which the sale and management of tickets will significantly improve. Moreover, it will provide many other opportunities as well.

The main advantage of the new system is the possibility of releasing a seat in two ways. One of them is well known to fans – it allows them to free up a seat and obtain a special code to pass to another Widzew fan who will be able to watch the match from the stadium. The second option is the direct release of the place for open sale by the club. This means that Stellis took care to significantly improve the distribution of “free” tickets and will allow you to purchase tickets earlier, without intermediaries.

But that’s not all. Stellis has also prepared innovations for fans sitting in the VIP sectors and in the Skybox zone. In the new ticket system, holders of such passes will be able to manage their tickets and privileges even better.

Stellis also took care of Widzew’s employees, because the new system will make their work much easier. Tickets and annual passes will be issued faster, which will affect efficiency and reduce queues. The Stellis One Ticketing system also allows you to work in the cloud, which ensures additional data security.

Another part of the implementation of the new system is that Stellis also migrated the current user accounts. What’s more, there is no need to reassign passes to accounts, so fans with annual passes do not need to perform any action to see their pass in the system.

– I am very happy to establish cooperation with our new technology partner. The Widzew ticketing system created on the Stellis One platform is another important step in the development of the club’s services for fans. We wanted to keep all the functions appreciated by fans, such as releasing seats or the possibility of purchasing tickets via the mobile application. I was also assured that the implementation of the Stellis One Ticketing system is the beginning of the possibilities, and in the nearest future we will also integrate the fan shop, loyalty program and other modules with it – says Michał Rydz, vice president of Widzew Łódź S.A.

– Widzew is a brand in itself, so I can only be proud that became its technological partner. Stellis is based in Łódź and although we operate on an international scale, working in “our own backyard” is particularly ennobling. I must admit that we faced a huge task, because Widzew fans are a demanding community, and with such a number of passes sold, it is not easy to manage the sales system. We have done everything to meet the expectations of the fans. Our Stellis One Ticketing system has a specially designed user interface that is much friendlier and, what’s more important, faster. In the following months, as technological partner of Widzew Łódź S.A, we plan to develop further modules and system functionalities – says Łukasz Gąsiorowski, CEO of Stellis.

Widzew is a club with great traditions and fans all over Poland. One can say, there is no football fan who wouldn’t have heard about the Lodz club’s performances in the Champions League. Many fans also remember the amazing match against Legia Warszawa, in which Widzew scored three goals in five minutes and they won 3-2 at Łazienkowska Street, then winning the Polish championship. Just over a month ago, exactly 25 years have passed since this event. This season Widzew returns to PKO BP Ekstraklasa (1st division).

You can now buy the ticket for Widzew by clicking here www.bilety.widzew.com. 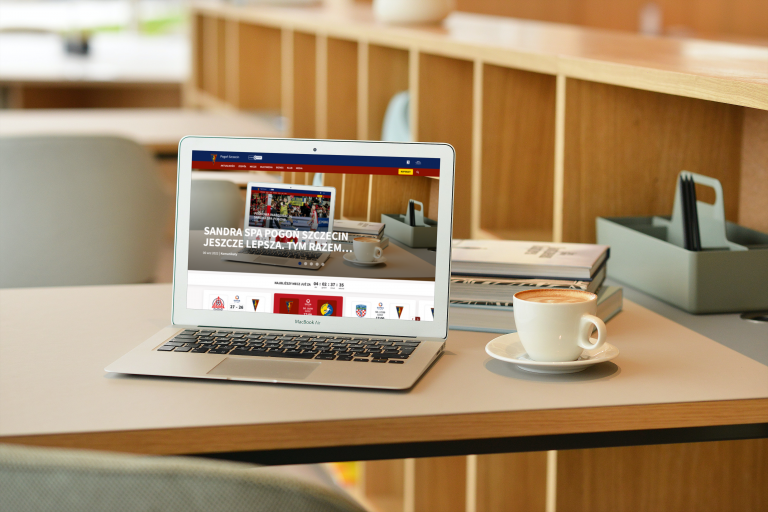